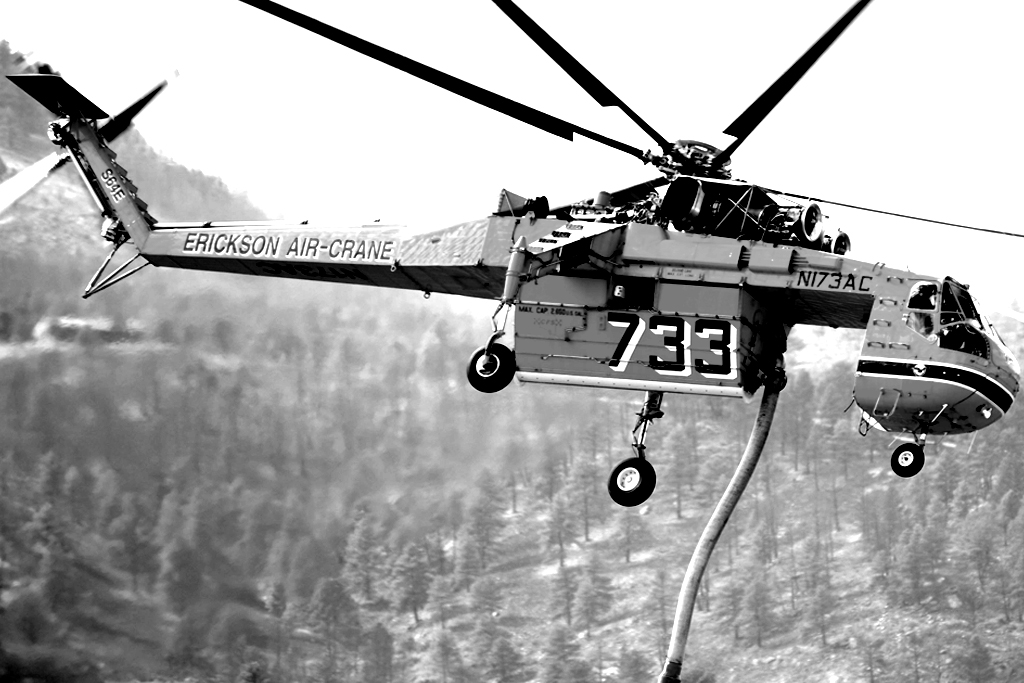 Posted By : admin
Comments : Off

Early in the life of the new City of Malibu, disaster struck. Although fires in Malibu are not uncommon, the fire of 1993 is in a class of its own. The area consumed had not burned since the 1930’s, leaving fifty years of dense brush adjacent to the oldest area of pre-fire code houses left in Malibu. Old water lines were inadequate and chaparral brush clearance rules around homes were not enforced. Then the weather conspired to create ideal fire conditions. The result was calamity.

In the first days of November 1993, a “Red Flag” warning was issued for LA County as temperatures in the high 80s, low humidity, and 20-40 mph winds were predicted. At approximately 10:45 AM, on the morning of November 2, 1993 a 911 call alerted authorities that a fire had ignited near the water tower on Old Topanga Canyon Road. Within a half hour it was clear that this was a major event. The Incident Commander predicted that the fire would “go to the beach,” five miles away, as it had in 1956, 1970, and 1985.

The fire grew rapidly, burning out of control in the rugged Santa Monica Mountains, on the northern edge of Malibu. The intensity of the blaze was unprecedented in the memory of survivors of earlier Malibu area fires. The fire spread from one acre to 200 acres in ten minutes, and within one hour the fire had consumed over 1,000 acres of chaparral brush. A 30,000 foot high column of smoke was produced, the rising hot air creating a huge vacuum, becoming a firestorm that created its own weather with eddies and currents of air separate from the external atmospheric pattern, and with winds in excess of 70 mph. Flames were sucked upward along the slopes at blow-torch intensity and wind-driven storms of embers and flaming brands flew ahead of the fire, starting new fires as much as two miles from the main line.

By noon on November 2, as flames moved south and west into Malibu, winds pushed the fire into all the major coastal canyons. Flame lengths of 200 feet were observed as the fire crested Saddle Peak, and 100 foot flame lengths were reported in the chaparral above Pacific Coast Highway. In succession, the fire roared into Carbon Canyon, Rambla Pacifico, Las Flores Canyon, Piedra Gorda, and Pena and Tuna Canyons. In these canyons, fast moving fire lines overtook five separate fire engines, completely destroying two and sending six fire fighters to the hospital.

All roads into the Malibu area were closed as panicked residents under evacuation orders packed a few belongings and got out. Police roadblocks turned away homeowners, at work when the fire erupted and desperate to return. Many residents who were at home chose to remain to fight, a futile gesture for most and fatal to a few. Others left their homes, but retreated only to friends or relatives closer to the beach in safer zones where they could stay close in case anything could be done.

The enormous fire elicited an enormous response. Operating under pre-existing mutual aid agreements and contingency plans, County of Los Angeles Fire Department summoned the combined forces of all fire departments west of the Continental Divide. Long convoys of fire apparatus were immediately enroute, streaming down the web of Interstate highways into the LA area. Traffic was cleared off PCH and internal Malibu roads as many hundreds of fire trucks and emergency vehicles flowed in with thousands of personnel. Military units responded with additional manpower and specialized equipment including helicopters and fire-fighting C-130s as well as generators, water supply and other logistical help.

Three staging areas were established. Along the north flank of the fire staging was located at CLAFD Station 125 on Las Virgenes Road near the Ventura Freeway, Highway 101. For resources entering the incident area from the north and south, this location provided easy access to the Malibu area via Las Virgenes Road. The second staging area, called “Coast Staging,” was at the intersection of PCH and Topanga Canyon, designed to control and direct resources toward the coastal flank of the fire. The third staging area, “Civic Staging,” was located on the Chili Cook-off grounds along Civic Center Drive, near the head of the fire as it moved into Malibu along the axis of Malibu Canyon, and was easily accessed by units as they arrived from the north and west along PCH.

This was a military scale operation, running around the clock at a frantic pace. At the height of the fire, the red, lemon and white fire engines were parked nose to tail in a miles-long line down PCH, a physical wall of equipment and associated manpower ranged against the fire. The names on the trucks comprised a catalog of towns and cities from the Western U.S. To manage this immense and diverse team, drawn from 1,000 plus fire companies and staffed by over 7,000 fire fighters, a unique incident command system was implemented. It was an amazing effort, assembled almost instantly out of available resources, a tribute to the effectiveness of the emergency services, led by the Fire Department.

This was the largest deployment of fire fighters in the history of California involving 165 engine strike teams of 5-6 vehicles each, 25 single resource engines and Emergency Support Teams, 129 hand crews, 31 air tankers, 23 helicopters, 13 bulldozers, 50 water tenders, 8 food dispensers, over 7,000 fire fighters and support personnel, plus the support of 458 agencies from 12 states.

The Malibu fire continued for three days, prolonged by changing weather patterns and an abundance of dry fuels, consuming not only the huge supply of chaparral brush but also hundreds of residences and their ornamental vegetation landscapes.

The fire is officially recorded as the “Old Topanga Fire” based on its point of origin. The response represented the largest mobilization of emergency resources within a one-two day period in the history of the United States. Every state west of the Continental Divide contributed resources under mutual aid agreements. Military teams and equipment added to the force fighting the immense blaze. The fire cost millions fo dollars for immediate fire suppression, destroyed approximately $230 million in private and public property, and required additional spending of millions of dollars in post-fire flood and erosion control mitigation. The state Office of Emergency Services has estimated that the Malibu fire caused $500 million in total damage.

After the blaze, an enormous clean up and reconstruction began. In the impacted areas, houses burned to the foundation, trees were consumed to the trunk and nothing was left of utility poles but stubs of wires and transformer bodies. The landscape was a black moonscape. All the debris had to be cleared and made safe, roads cleared, and services restored. The bridge in Las Flores Canyon was destroyed by the fire, temporarily replaced by a military “Bailey” bridge provided by the Seebees from Naval Mobile Construction Battalion 5. In the clean up of fire debris, the city collected a year’s worth of solid waste in six weeks.

Signs sprang up around Malibu, saying “Thank you Fire Fighters” and similar sentiments in hand drawn letters. For years after the fire, Malibu residents hosted thank you parties and other events to assist and support the fire fighters who worked themselves to exhaustion or suffered injuries to save Malibu. That strong bond between the community and its first responders continues.

By mid-1995 the City of Malibu had approved reconstruction of 225 out of 268 houses lost in the 1993 fires, although actual rebuilding was slower because of disputes with insurance companies and other problems.